We Are Celebrating 23 Years at The Black Hammock and You Are Invited! 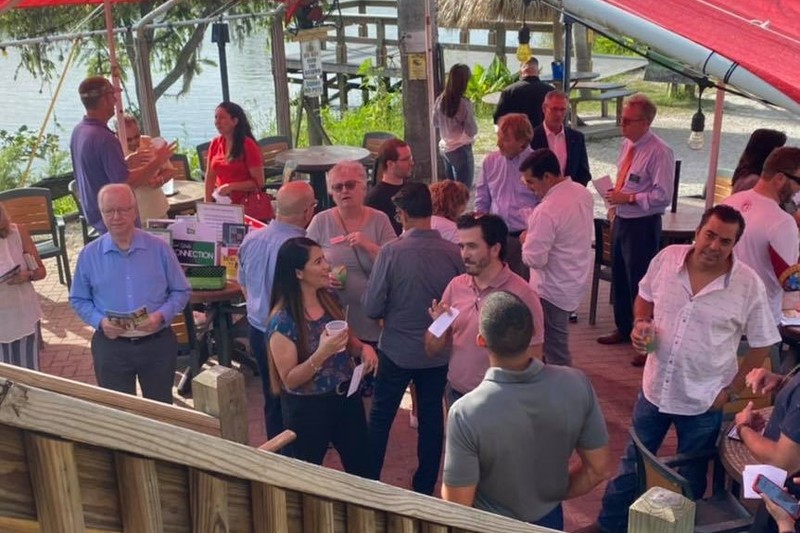 The Black Hammock is happy to announce that we’re throwing a party and the best part is that you are invited! On January 28th, we are commemorating 23 awesome years of serving Central Florida with luxurious lodging, award-winning dining, and jaw-dropping experiences, and we’re doing it the best way we know how.

23 years is a remarkable feat, and The Black Hammock couldn’t have made it this far without the love and support of our staff and guests. To show our gratitude, we’re giving back with a celebration that you can only find in our corner of Lake Jesup. You won’t want to miss this! Place your reservations for dinner today and celebrate our anniversary with fantastic drink specials, live music, and neighborly love.

In order to celebrate the 23 years that we’ve been in business, we like to reflect on where it all began. Lake Jesup encompasses an area of approximately 10,000 acres in the middle basin of the St. Johns River, and we are proud to share this amazing slice of paradise with Florida’s unique wildlife. Over 9,000 alligators call Lake Jesup home, which is the largest population of alligators in any United States-based lake.

Before founding The Black Hammock adventure complex, Joel Martin was already living a life ripe with adventure and fulfillment overseas. Joel was born in Paris, France, but moved to Africa with his family when he was young and acquired a greater love for the great outdoors. There, he learned how to hunt and interact with various African wildlife, including snakes, alligators, and more.

After returning to France to serve his tour of duty, Joel enjoyed a series of prosperous business ventures, such as opening a franchise of mini supermarkets in the French Alps and starting his own real estate company on the French Riviera. But, it wasn’t until Joel won a green card and immigrated to the United States that he discovered a place that was truly reminiscent of his youth: Oviedo, Florida.

Not only did the heat and humidity of Florida remind Joel of his beloved upbringing, but it also led him to discover what would go on to become one of Central Florida’s most cherished gems – The Black Hammock! Surrounded by mangroves, alligators, and more, Joel feels at home in The Black Hammock just as much as he did when he was growing up in Africa and learning what makes nature so special.

Now, 23 years later, it is our mission to impassion guests with the same love for Florida wildlife that originally drew Joel to Oviedo. Not only that, but we also strive to give back to the community for everything that it has blessed The Black Hammock with. From participating in the 2021 Lake Jesup algae cleanup project to supporting the fight against child abuse at the 10th Annual Kids House Gala, The Black Hammock firmly believes in building up our community.

And that is why we’re throwing this 23rd anniversary celebration with you! Without the love and involvement of our staff and guests, then The Black Hammock would not be where it is today. Be sure to place your reservation for January 28th and enjoy buy-one-get-one drinks of your choosing from 5 to 8 pm, as well as other drink specials, live music by Arnaud Temporel, cornhole, and giveaways with Jack Daniels girls! We’ll see you then – and here’s to an unforgettable 24th year!

Popular tags on this blog